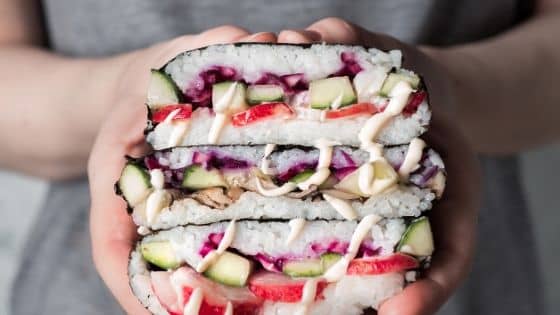 Having a Chat with Is It Vegan? (Japan)

*Please note that at this time neither Foodie Adventure Japan nor Is it Vegan? (Japan) condones traveling or eating out at restaurants. We hope to get back to adventuring as soon as this virus has passed.*

This week I had the pleasure of sitting down to chat (via the phone, of course) with the lovely Rachael, the face and factfinder behind the ever-popular blog: isitveganjapan.com. Rachael and I have known each other for about a year, and seem to bump into each other at the typical vegan events held across Tokyo. I am so glad I finally got the chance to talk more in-depth about this project and learn more about what she does behind the scenes on this insanely helpful blog. We had a great conversation and I learned a great deal from her, so I am very excited to share her thoughts.

Is it Vegan? Japan homepage.

To begin with, I just want to introduce a bit about this project. Isitveganjapan.com is not only a blog but also a Facebook group-Is it vegan? (Japan)- that initially started around 8 years ago. People often post images into the group on Facebook to ask if certain products contain animal products. Considering the fact that all labels in Japan are written in kanji, it can be quite useful for someone who does not read the language to utilize this group. Not only that but sometimes labels in Japan simply do not even state all the ingredients on the label (tragic and confusing, I know). The Facebook group has almost 4,000 members, and there are posts daily asking questions about products. Rachael depends a lot on the photos and information that are posted on the Facebook group to then use on the actual website.

How did you start on your journey to veganism?

Rachael and I began the interview by talking about her journey to veganism. She has been going back and forth between veganism and vegetarianism since she was 13 years old. To start her transition into her initial vegetarianism, she realized when she walked into grocery stores and saw that out of the thousands of products available, there were so many options that did not require the death of an animal. She simply did not see a need to eat something that required hurting another being. Her compassion rubbed off on the members of her family, and soon enough her sister became a veg head as well. Now quite a few members of Rachael’s family follow the same path as her, including her sister and husband! Her sister’s husband even was vegetarian since birth. That sounds like quite the conscious family to me. Rachael is such a kind soul, but she is always sure to note that this decision is a deeply personal one, and she would never try to enforce her lifestyle on anyone. The people in her life that turned this route did so on their own accord, and are happy to take this step themselves. I was really impressed to hear how her vegetarian husband travels quite a bit for work, especially to the countryside of Japan which is infamously known for having slim pickings in terms of veggie options. One of the fast-food restaurant chains listed on the website, Ts Tan Tan.

How did you come to move to Japan? What was the starting point of the blog?

Rachael decided to come to Japan after she studied the Japanese language in college. It was not her major, but she took it pass/fail and wanted to continue learning it abroad. So she saved up money and moved over to start on her journey of practicing the language. I admire this greatly because she noted that this was quite difficult for her to pursue. Rachael was determined to learn how to study something that was challenging, and she certainly succeeded in this fact.

An interesting point that I learned whilst talking with Rachael was that she is not the creator of this famous blog. It was actually started initially in 2012 by a group of people living in Japan (an important note that Japan was definitely not as vegan friendly as it is now). All of the creators on the project left to pursue other goals, except for one of the writers. She was living in Shizuoka where there were hardly any vegan options available, even vegetarian options were few and far between! People did not really understand the concept, so it was difficult for vegans and vegetarians living in Japan to find suitable food. The creator of the blog could not read Japanese so she had to turn to others for help on reading labels. When she learned how to read them, she decided she should start a blog to help others who found themselves in the same position as her originally. The writer of the blog also started the Facebook group around the same time frame. She continued to update both until she moved back to her home country, where she tried to maintain it but found it difficult. Rachael was seeing some discrepancies between the older posts on the blog and the new information about products that were coming years later. After seeing these differences, Rachael reached out to the original owner of the blog and asked if she could help moderate the Facebook. It turns out a few months later Rachael would also start helping update the blog as well. Both of them work together very well and have found a comfortable working relationship which is helping both the blog and the Facebook group succeed greatly. The original writer of the blog is currently working on a chapter of a book back in her home country regarding veganism and discrimination.

How do you maintain the blog?

I was shocked to hear that it was not just Rachael running the blog and Facebook, but I think it is great to hear her thoughts about how this whole project is really a community effort. She really emphasized that this blog would not function without readers and posters writing into the group. She sources most of the products from the Facebook group such as pictures and ingredient lists. Oftentimes Rachael or others will write into the companies to verify their products’ ingredients. Unfortunately, she does say that some companies forbid people who write in from sharing the answers received. This is understandable from a legal standpoint, but it does make it more difficult to be kind of elusive on the blog. Not only readers and commenters, but Rachael referenced an amazing moderator on the group, Dayana. Apparently, Dayana has a new vegan restaurant in Kokura (Kyushu) named VeVegan! Please be sure to check it out if you are in the area!

How much time does updating the blog require? What are some future goals for the website?

Rachael consistently puts in 20 hours of work a week maintaining the blog and Facebook. I always am in awe of how quick she writes answers to people, how clear she writes her information, and how kind she responds to people. To be honest, the vegan community owes a great deal of thank you’s to people like her who selflessly take it upon themselves to help others maintain this lifestyle. We talked about the goals Rachael and the creator of the blog had for it in the near future as well. They would like to continue to grow the number of sections on the blog, including products such as Japanese health and beauty. Almost a third of the traffic on the site comes from overseas, so they want to lean into this fact and appeal to the fact that more and more people want to buy cruelty-free, vegan beauty products. Not only for overseas, but I am definitely interested in seeing this part of their website grow as well!

Where do you see the future of veganism moving towards in Japan? How do people moving here or traveling contribute to this movement?

We started to talk about where we saw Japan moving towards in the vegan department, and we both agreed it is a bit hard to predict for now. Since moving here, Rachael has seen a huge explosion of vegan products offered and there are more vegan products daily. But, the reason for veganism in Japan is quite divided. Many people see it as an ethical standpoint, but the media paints it as a healthy alternative. She wonders if these two paths will cross and we can see people coming together over both points of view. Rachael and I agreed that everyone in the vegan community here in Japan needs to just continue working on doing what they can, in their own capacity to help make a change. There is no one way to make moves or cause a ripple in the ocean. Every person’s definitions of helping is different, and we need to respect that. When I asked Rachael what is one piece of advice we can give others when moving or traveling here, she said to *read the blog* and to look at whatever small ways you can to help keep the momentum we have here in the vegan movement. I personally one hundred and fifty percent agree on both these facts. First of all, the blog is a lifesaver for those that do not know kanji, and even if they do! These are items that have been found to be vegan after thoroughly checking. Second, whatever you can do to help, is a big step whether you believe it or not. Comment on a companies’ Instagram and say thanks for providing options. Drop a photo in the group to show a new item. Anything and everything helps. A positive Rachael said she has been seeing lately is more mainstream brands labeling things as vegan such as “vegan leather” jackets or bags. When we make the word more mainstream, it becomes more popular and allows companies to see there is a demand for it! While we are seeing many new vegan spots and options pop up in Tokyo, Osaka, and Kyoto, Rachael and I agree that the number of vegan products totally depends on the location. Rachael was in Okayama volunteering for disaster relief, and it’s quite hard in these locations. There is always whole food, but unless there is a kitchen it is difficult to cook. It also really depends on which area you are in. She recommends if you are looking for a smaller vegan hot spot, Kamakura or even Okinawa are ideal!

Overall, Rachael would like to thank both readers and contributors for helping this massive project continue to grow. Foodie Adventure Japan would also like to extend our sincerest gratitude for reading, sharing, and interacting with our content at this time. Everything helps! 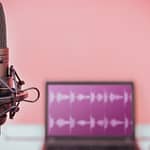 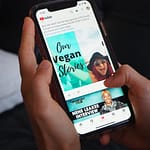 Best Vegan YouTube Channels To Binge At Home Next