Where To Find Kombucha In Japan

Kombucha, while huge in the western world, is difficult to find in Japan.

Which is ironic, given that it is a Japanese word for kelp tea (kombu = kelp, cha = tea).
However, Japan’s kombucha is not at all what you are probably used to. It is earthy and bitter, with none of the carbonation or sourness that comes with the western version.

[For the purposes of this article, “kombucha” will be referring to the western version.]

Given that there are so few companies that actually make kombucha, knowing where to buy it is quite difficult.

Below is the rundown of the brands that produce kombucha and where you can find it. Kombucha Ship, the largest kombucha maker in Japan, uses only organic and pesticide-free ingredients in their products. It is not bottled, but rather sold in a keg and distributed by restaurants throughout the country.

The company is part of Oizumi Factory, a large corporation that has been around for more than 100 years. Apart from kombucha, their other businesses include real estate, salons, and farmers markets.

You can find their kombucha at over 40 shops and restaurants throughout the country.

My favorite places in Tokyo among the list above: Culture and Leaf is the first RTD (ready-to-drink) kombucha company of Japan. Along with kombucha, it makes fruit vinegar and Manuka honey lemonade.
Their branding is quite modern, with typography that clearly caters to the millennial generation. Wow-Food Inc., established in 2015, is a small Japanese beverage company that makes various fruit juices.
They launched their kombucha line in May 2020, making it one of the newest companies in Japan to make kombucha.

Compared to Culture and Leaf, I found their kombucha to be a touch more fizzy and satisfying. Plus, it’s about 60 yen cheaper. Win-win!

Elle Cafe, part of Elle Magazine, is a health-and-wellness-focused cafe in Aoyama. The menu has gluten-free, vegan, and low carb options.

It took them two years to develop their kombucha, which comes in three flavors: pomegranate and berry, passionfruit and ginger, and, lychee and rose.

In addition to the cafe, there is also a deli next door that sells cold-press juices, smoothies, power bowls, and of course, kombucha.

How to get there: 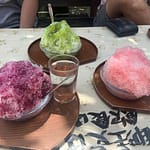 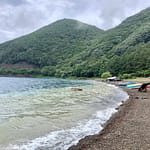 Vegan Meal Ideas for Camping in Japan Next