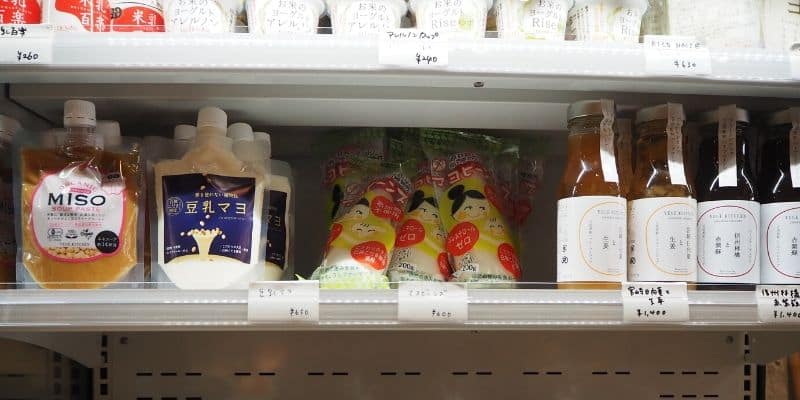 Vegan Store, a completely vegan combini, opened in December 2019 in the Asakusa neighborhood of northern Tokyo.

I had heard a lot of buzz in the weeks since the store’s opening, so I was itching to go see it for myself.

I finally made some time for the trek last weekend.

When I got out at Tawaramachi station, the one just before Asakusa, I was immediately hit with charm. The streets are lined with stalls selling souvenirs, fruit parlors, and cafes. There’s a great energy that I don’t feel in other parts of Tokyo. I don’t frequent Asakusa much, mostly because it’s quite far from where I live and quite touristy, so I forgot just how endearing it is.

Five minutes later I found myself in front of the store, which has a massive banner displaying its name for all to see. Vegan, and proud!

I stepped in and was immediately struck by the design of it.

The walls are made of wood, giving it a cozy, countryside vibe. And there was vegan deliciousness everywhere. Cookies, muffins, and chocolate to the left; cheese, mayonnaise, and pies in the fridge to the right.

Walk in a bit further and there is a freezer filled top to bottom with everything you’ve ever wanted, plus some that you didn’t know you wanted. I’m talking vegan meat skewers, fried fish made from yuba, and vegan kamoboko (processed fish).

In the back are dry products like nuts, beans, curry paste, grains, biscuits, and also some home care products.

While there is a plethora of options, most of it is very expensive and not so practical for everyday shopping. To give an idea, the chocolate bars are ¥900, the frozen pizza is ¥1600, and a big bag of nutritional yeast is over ¥3000. The frozen meats are a bit more affordable since most of them are under ¥1000, but you’d have to go straight home afterwards to make those a viable option.

You can also order meals from their kitchen.

On the menu, all vegan of course, is an omelette (!!), pork kimchi bowl, and gyu-don (beef over rice). There are also some smaller made-to-order options like karaage (fried chicken), hash browns, wrapped sticky rice, and sausage. These are all priced quite reasonably, so no issues there. 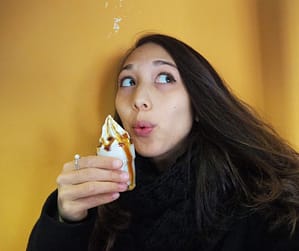 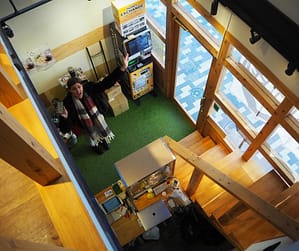 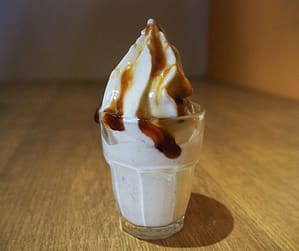 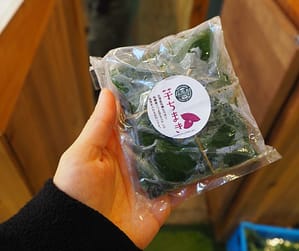 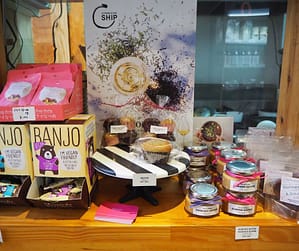 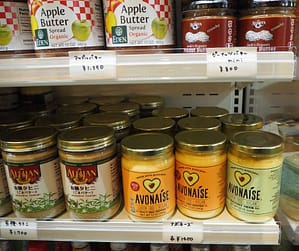 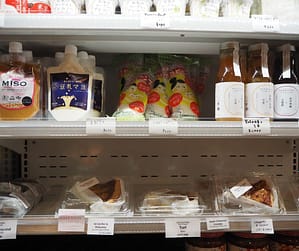 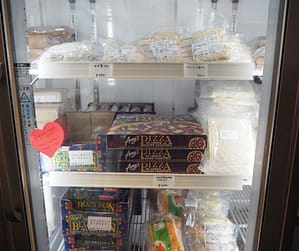 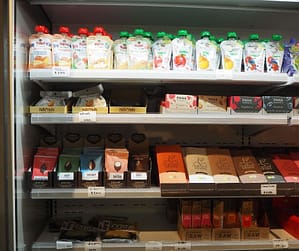 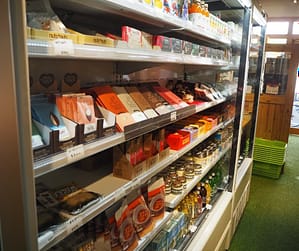 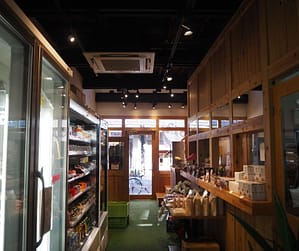 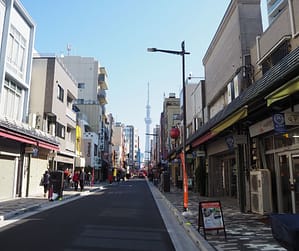 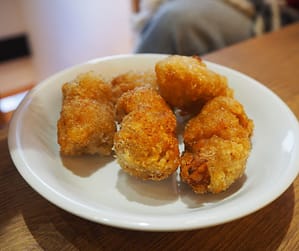 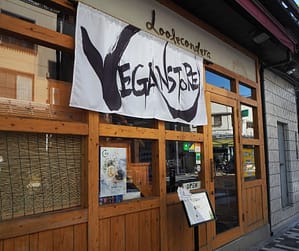 I was with fellow Foodie Adventure tour guide Jackie, who got a sausage (¥350), soft serve (¥200), and packaged ramen (¥400). The soft serve came in a shot glass, so it was a tad smaller than expected, but the taste was on point. Plus, it was adorable.

The store has an upstairs eating area, so we took our snacks and ate upstairs.

All in all, the store exceeded both my and Jackie’s expectations.

I wouldn’t necessarily say it’s a combini as it doesn’t quite fit the image of say your local Family Mart, but it’s certainly a convenient store.

It’s quite radical to have something like this in a town like Tokyo, so I really hope it sticks around. Although I didn’t buy much this outing, mainly since I knew I would be out and about all day and didn’t want to be lugging around a huge bag of groceries, I will definitely make the trip out there again someday soon to try more products.

I made a video documenting our experience as well, so check it out below if you’d like! 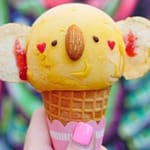 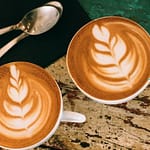