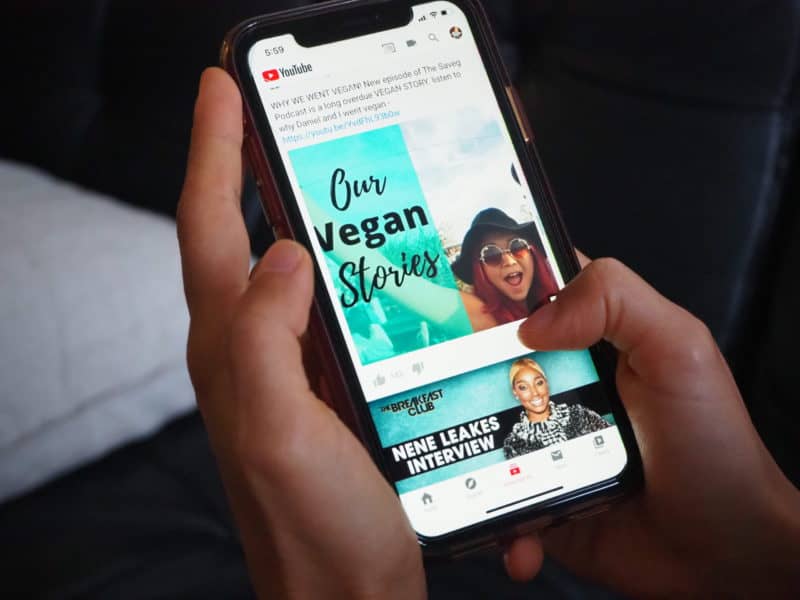 You may, like me, be finding yourself watching a lot more YouTube than usual during this lockdown. You may also, like me, be running out of content to watch but at a loss as to what channel to subscribe to next.
Below are my current favorite vegan youtube channels to watch for fun, effortless viewing.

If you are looking for a chill, practical, and highly entertaining channel, this is the one for you.

Rose is a Canadian of Korean descent and is very down-to-earth, logical, and hilarious. In addition to her mukbang and cooking videos, I love her “rant” style videos.
She has a way of explaining her thoughts in a very rational, articulate way. I feel like if we met IRL we would be friends, and I bet you will feel the same.

You may know him as the boyfriend of Jenna Marbles, but Julien also happens to make some of the best vegan cooking videos on the market.
They are simultaneously soothing yet chaotic– he juxtaposes soft, slow-mo shots of food with chaotic ones of him throwing around ingredients and making a mess. His cooking style is quite similar to mine, actually…

I love his channel because you never know what you’re going to get – sometimes the recipes are a fail, sometimes they’re a hit. And you’re just there for the ride.

Mommy Tang is an immensely popular mukbanger, and likely had one of the fastest-growing channels at her prime.
Her videos usually have a cooking + eating format– first, she teaches us a recipe (usually of a Korean dish) and then sits down and eats it on-camera while telling hilarious stories and anecdotes.

She is the mother to 4 children, who sometimes join in on her videos as well.

Unfortunately, she does not upload regularly anymore but there is more than enough content for you to watch if you are new to the channel. I sometimes even re-watch her videos, something I don’t do with any other channel.

One of the biggest Japanese vegan YouTubers, Ryoya‘s style is exactly as you’d expect from the name– peaceful and relaxing. He makes videos of how to cook atypical dishes such as chocolate tart, dumplings, vegan cheese, granola bars, and more. And for you ASMR lovers, this channel is a 10/10. He does NOT skimp on the sounds.
There is such a lovely ambiance to his videos that once you start, it’ll be hard to stop. This is the perfect channel to escape the unsettling, unpredictability of the world right now.

Lauren is the face behind the ever-popular Hot For Food channel, which is filled with delicious, not-so-healthy vegan recipes. Her personal channel gives a glimpse of who’s behind those perfectly produced videos, showing us the ‘real’ side of her.
She posts a lot of “what I eat in a day” videos, travel vlogs, and Q&As. She is relatable and reasonable, and another person I feel like I would be friends with IRL.

Plus, she’s also half Japanese so of course I’m drawn to her!

I recently discovered Mary’s blog and channel, and I am hooked! Her recipe videos are short, easy to understand, and soothing.
With background piano music, she gently explains the recipe via voiceover, complete with wit and humor. They are unlike any recipe videos I have seen.
Plus, she posts FUN recipes like vegan cheez whiz, soufflé pancakes, or shakshuka.

Let me know if there are any channels that you are binging right now that we should check out! Let’s pay it forward and help each other through this time at home. 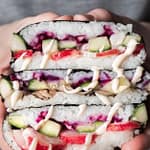 Having a Chat with Is It Vegan? (Japan) Previous 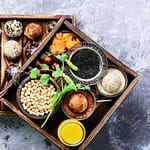 Vegan-Friendly Restaurants For Mixed Groups Next