As an ex-New Yorker, I was extremely excited to learn that Superiority Burger was coming to Tokyo. A legendary vegetarian/vegan restaurant in the East Village of NYC, it has won many awards since their opening in 2015. It even beat out meat burgers when it was named “best burger in the world” by GQ magazine.

So, with a hungry belly and curious mind, I headed out to Harajuku to see how the Tokyo version would compare.
Full disclosure: This review is based on my second visit. I went on opening day last month, but didn’t get to try so many things since I had eaten lunch just before. So, please consider this my full-fledged review even though it’s technically not my first visit. ????
The first thing I noticed is that it’s underground, just like the one in NYC. Was this a coincidence or intentional?

The second thing I noticed was that it’s HUGE! The New York restaurant has five seats maximum, while this one easily seats 30 people.

The counter-style service and funky font remained the same, though.

I had fellow Foodie Adventure tour guide Jackie with me, so we ordered as much as we could off the menu– New Japan Creation (yuba burger), Sloppy Hide (Japanese Sloppy Joe), fried rice and beans (special of the day), and sweet & sour beets.

I was happy to see Brooks, the owner & chef, behind the counter. We had met back on their opening day, so we said hi and chatted for a bit.

He’ll be in Tokyo until the end of the month, ironing out all the kinks that come with opening a new restaurant.

Lucky for us, they happened to be testing out some focaccia that they felt wasn’t quite ready to be sold yet. As we munched on a couple slices of pumpkin & broccoli focaccia, we felt a bit morally conflicted– it didn’t feel right to be eating such delicious food for free. 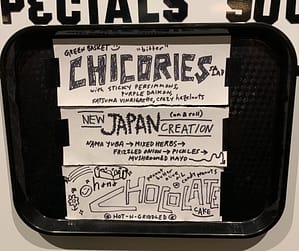 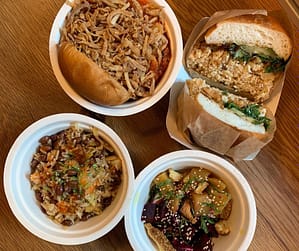 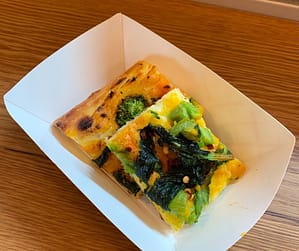 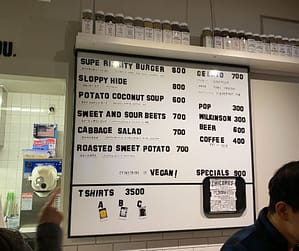 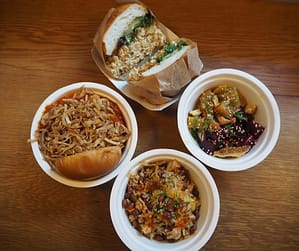 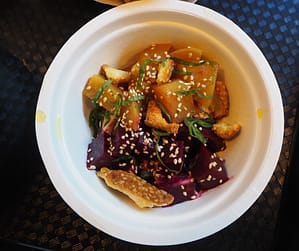 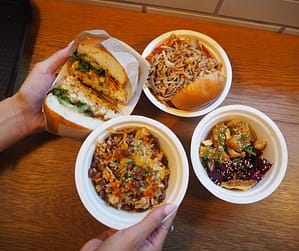 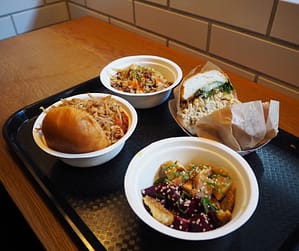 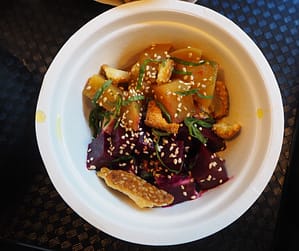 Then the mains arrived.

We were so excited to dig in, we didn’t know which one to start with.
I went for the beets, which came with a creamy jalapeno sauce, toasted crackers, miso, and sesame seeds. I loved the tangy & creamy combo.

The buttery bread, creamy yuba, crunchy pickles & crispy onion… it all just melts in your mouth in the most perfect way. It’s probably the most unique sandwich/burger I have ever had in my life.
And the Sloppy Hide– another hit. It’s quite similar to the Sloppy Dave in NYC, except this one came in a bowl– I guess to minimize the messiness? I wasn’t quite sure.

Regardless, if you’re craving something hearty and nostalgic, this should do it for you. And the BREAD! They really pay attention to every detail.

The fried rice & beans special was also good– lots of good seasoning, and the beans had the right balance of being both chewy and crispy. However, I must say it’s not as much of a standout compared to the other items we tried.

I am over the moon that a place like Superiority Burger exists in Tokyo, where vegan restaurants generally cater to a female audience and emphasize things like weight loss, organic ingredients, or macrobiotics. Oh and karaage, of course.

Superiority Burger is the complete opposite. It’s no BS, it’s hearty, it’s passionate, and it’s delicious. We need more of that in Tokyo. 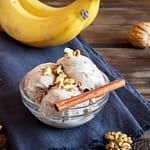 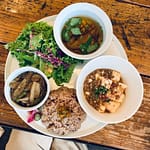